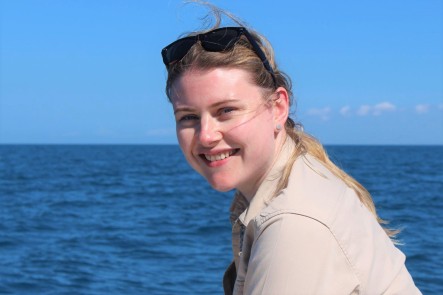 Working towards thriving coasts, seas and coastal communities across the UK.

Emily is a marine and coastal specialist at the forefront of driving positive change for our ocean and all of us that depend on it. She has a strong track-record in the development of pioneering projects that engage people with our ocean and its protection; securing over £5m in funding for inclusive marine and coastal conservation projects in the UK. Emily currently leads the Local Government Association Coastal Special Interest Group and is a Trustee of the UK’s leading marine charity, Marine Conservation Society.

Emily is a co-author of the model #Motion4theOcean – a template motion that enables local government to play its part in ocean recovery – alongside Cllr Dr Pamela Buchan and Nicola Bridge (Ocean Conservation Trust).  Emily has personally supported two councils (so far!) in the development of a local Ocean Recovery declaration; both of which were agreed, becoming local policy in January 2022.

Emily is a credible ocean advocate, as comfortable speaking to a school group as to a TV crew or a government Minister. She has appeared on national TV & radio and written for various magazines discussing the issues of the day. Watch her speak at the International Marine Conservation Congress here and on a national Sky News interview here. She is committed to recognising when to use her voice and when to pass the mic.

She shares her adventures on Marine Biology Life.
~

Emily’s in depth and practical knowledge of marine conservation has provided invaluable insight to SeaScapes.  During our scoping meetings, I appreciate Emily’s encouraging and attentive approach, which often results in innovative ideas and solutions being developed.  I could not be more pleased with her suggestions and guidance and I feel comforted being in expert hands. Emily is destined for great things and will no doubt be a forerunner in the marine conservation industry.

Emily is an inspiring young marine professional. Her passion, knowledge and commitment to marine wildlife is admirable. I have worked with Emily on a variety of coastal projects and each time she has proven herself to be dependable, organised and delivers quality pieces of work. As a marine conservationist, Emily has found her ultimate purpose in life – she loves it, is great at it, gets paid for it… and the world needs it!